Crawley Athletic Club javelin coach Bob Cooper took a small band of throwers to compete in an invitation only covid-19 test event at the Allianz stadium.

In the ladies event new signing Katie Mackison who has just moved into the U20 age group threw a personal best with the 600g javelin of 40.63m a new club record for the post 1999 specification javelin. Not to be out done throwing the 500g javelin in the U17 age group Jemina Caldwell threw a new club record of 40.11m. Then in the men's competition, James Pratt, first competition with the 700g javelin threw 49.39m. This all bodes well for the future as all three athletes are in their first year's in their respective ages groups. The fourth Crawley AC thrower there today was former senior club record holder, Scott Staples, who threw a best ever season's opener of 65.60m with the senior implement. So despite being restricted by training facilities at K2 stadium not open, it proved to be a very rewarding afternoon. 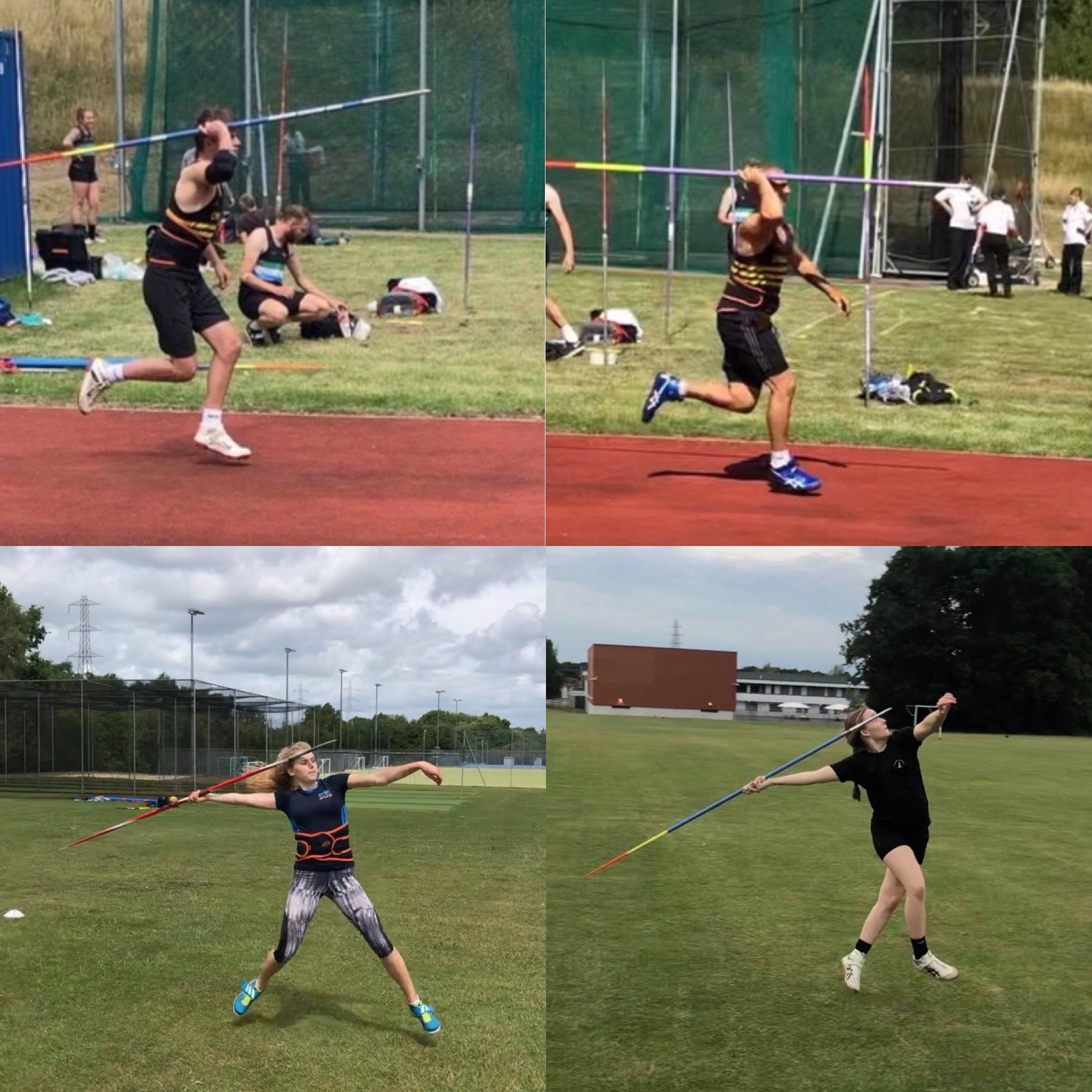